This was the response, from a senior British wine journalist, to my invitation to visit the producers of Conegliano-Valdobbiadene. I’m used to scepticism in my work. It’s common, and understandable, given my passion for building markets for wines from emerging, underestimated or misunderstood terroirs. But the hostility surprised me. This journalist was not alone. The rollicking success of Prosecco seems to have affronted the UK trade and press, who didn’t see it coming, and who appear to almost despise the many consumers who just wanna have fun.

But our market definitely does:

That success has been driven by sales of Prosecco DOC, of which Brits consume over 100 million bottles – making us its biggest export market. Prosecco DOC’s 23,000 hectares are planted on the lower, flat valley floors of Fruili and Veneto. It’s a huge, young denomination. Some nice DOC Prosecco is produced, especially near the borders with the historic centres, but the relentless focus on high volume and low price means that basic quality dominates both distribution and perception.

Conegliano-Valdobbiadene is Prosecco’s ancient heart. Vineyards tumble from the two eponymous renaissance towns, and through the many tiny hamlets. Ancient churches contemplate the rolling beauty and attract fresco hunters. (The locals call the hamlet of Rolle, “A postcard from God”.) A popular destination for well-heeled Italians, Swiss and Germans (as well as for luxury cycling holidays), this area is dotted with boutique hotels and restaurants. Most producers here do a significant business in direct sales from their exquisite little cellar-doors. High-class accessories focus on local art and glassware. There is not a Prosecco candle in sight. Nothing about this experience is cheap or basic. But the majority of these wines stay in Italy, sold direct or into smart restaurants. More than two-thirds of Prosecco DOC is exported.

The DOCG “Prosecco Superiore” was granted to Conegliano-Valdobbiadene in 2009 (and also to its small western neighbour, Asolo). The 5,000 hectares of Conegliano-Valdobbiadene vineyards are sub-alpine, hilly, steep and stony. Yields are lower. Hand harvesting is the norm. Many small estates make and bottle their own wine, and diversity of wine style is high. Lees-ageing of base wine, slow second ferments, bottle-fermentation, col fondo styles, low sulphur, zero dosage, single site bottles, etc. etc. are all thriving techniques here. Large bottlers are here too (such as the highly praised Santa Margherita), but there are many more small growers and estates than in the DOC. The higher costs of production and the restrictions on scale make Conegliano Valdobbiadene much less attractive to the big bottlers, many of whom are located outside of the Veneto.

Despite Superiore, and the DOCG, the challenge of differentiation is considerable. Most producers label their wines as “Valdobbiadene” or “Conegliano-Valdobbiadene” far more prominently than “Prosecco”. They cite a type of Prosecco prejudice for this move. They feel the name has become a liability. You can see their point.

The eternal struggle: halo down, or sales up?

Every large appellation has a peak of excellence, and a larger base of more quotidian quality. It intrigues me that some regions, and even countries, are so successful in positioning their image and quality from their top wine down, while others struggle to win attention from their basic to their best.

“Show, don’t tell.” To counter an uncurious, monolithic dismissal, we must give nuance a voice. We researched producers, and their stories, and created two food and wine-matching masterclasses that showed the diversity of styles, and of site. We persuaded buyers and writers to accept samples for tasting. And then we found that we had the attention of curious journalists who did “do Prosecco”, and we took them to the region, where we spent most of our time hiking up and tasting in Rive (the single vineyard sites), with the makers, technical advisers, and growers. We also spoke with the valiant importers and retailers, many of them specialists, already working with the wines.  One specialist contacted me: “Please don’t avoid the name Prosecco. So many of my customers got into wine through Prosecco and want to trade up. That’s entirely positive.”

Perceptions are changing. The next step is to support increased distribution in the market. We’ll be doing this in 2019 by working with the restaurants and retailers on a campaign that harnesses consumers’ appetite for Prosecco, and, respectfully, elevates it.

We’re not crazy: some feedback from journalists who agreed to do Prosecco…

“It’s a long time since Prosecco gave me as much pleasure as the Marchiori Integrale 2017 that I opened the other day…Over the summer I received a couple of boxes of wines: 14 bottles of Prosecco selected to showcase its more artisan qualities and change my perspective on the wine. It worked.”

“At over £10 – often well over – are the Proseccos which should demand a bit more attention. These are usually labelled with the name or names of the two towns at the heart of the quality production – Valdobbiadene and Conegliano… The best are exquisite!”

“I was recently sent a selection of wines by the producers of Conegliano-Valdobbiadene that promised a different expression of Prosecco, including properly dry Brut and zero-dosage examples from single vineyards of old vines, and wines grown organically and biodynamically.  It was a golden opportunity to see if Prosecco at this level had more to offer. Is it time for wine aficionados to give Prosecco a second chance?…Not only did I find quality here, but enjoyment too, drunk as an aperitif, but also with these drier styles, often a very good match with fish, seafood, sushi and other lighter Oriental cuisines.”

“A perception-shifting collection of samples arrived at my home a month or so ago…they were from a wine region I rarely drink, yet should pay more attention to as it is one of our best-selling –Prosecco. The samples on my doorstep, however, contained huge diversity: organic and biodynamic wines, bottle-fermented wines, bottle fermented and left on lees, regional and vintage wines, varying degrees of dryness and alternative grape varieties…they challenged my idea of what the wine is, and explored the possibilities of where it could go… But the opportunity is there to add depth and broaden one of the best-selling, but often least thought about, sections of the wine list.”

A decade ago, I was among a flock of MWs invited to Turkey to judge Turkish wine and participate in a "Masters of Wine Weekend". In one of Istanbul’s many glamorous hotels, we were arrayed on an elevated table, like polyamorous brides, looking…
https://swirlwinegroup.com/wp-content/uploads/2022/06/Ortam5.jpeg 533 1024 SARAH ABBOTT https://swirlwinegroup.com/wp-content/uploads/2018/02/logo-vert.png SARAH ABBOTT2022-06-28 10:11:552022-06-28 17:57:55Root, origin, soil: exploring Turkish wine, varieties and old vines in Istanbul

We’re thrilled to announce that Swirl is the UK partner for D-Vine via our French partner EOC. D-Vine is a revolutionary fine wine by-the-glass system enjoying rapid growth in France, and now launching in the UK. D-Vine has been adopted…
https://swirlwinegroup.com/wp-content/uploads/2022/04/Le_Roch-D-Vine-Connect-3-light-scaled.jpg 1709 2560 Celia Bryan Brown https://swirlwinegroup.com/wp-content/uploads/2018/02/logo-vert.png Celia Bryan Brown2022-04-22 09:05:152022-04-21 10:19:37Swirl Wine Group is the UK partner of D-Vine

In our March newsletter we reflect on the power of grass-roots marketing Last Monday Swirl attended a party with a purpose – the Old Vine Conference’s 2022 launch, co-hosted by our founder, Sarah Abbott MW. The Old Vine Conference…
https://swirlwinegroup.com/wp-content/uploads/2018/02/logo-vert.png 0 0 Celia Bryan Brown https://swirlwinegroup.com/wp-content/uploads/2018/02/logo-vert.png Celia Bryan Brown2022-03-30 12:51:132022-03-29 13:55:05Our March Newsletter: The Wine's The Thing - the power of grass-roots marketing

This month we talked to Belinda Stone, Consultant Head of Marketing for the Old Vine Conference, about why she thinks that this is old vines’ marketing moment. There’s a quote from Scott Cook, the founder of Intuit that "a brand is…
https://swirlwinegroup.com/wp-content/uploads/2022/03/BelindaStone.jpg 400 400 Celia Bryan Brown https://swirlwinegroup.com/wp-content/uploads/2018/02/logo-vert.png Celia Bryan Brown2022-03-30 07:49:232022-03-29 18:42:59Interview: Belinda Stone of the Old Vine Conference 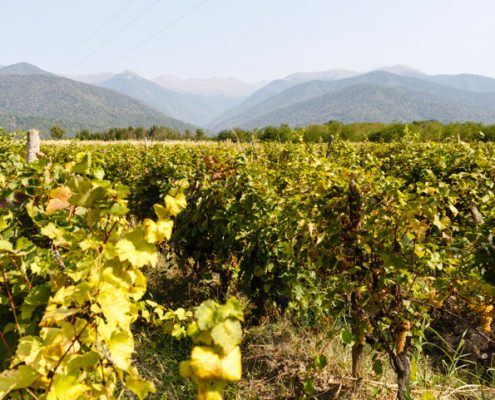