According to a BBC report on the 6th May 2019, since the 1970s, the world’s population has doubled; the global economy has grown by four, and international trade has grown by a factor of 10.

But our success comes with a price for the other manifestations of life with which we share our planet.

A report released this week by a UN scientific policy advisor has hit the news hard with its warning that nature is threatened as never before. And, as the BBC report puts it, “our need for ever more food and energy are the main drivers”.

I was first introduced to the concept of biodiversity as a measure and goal for sustainable viticulture three years ago, through a trade tasting in London for the wines of Soave. In common with many long-established wine regions of the Veneto, the heart of Soave is a dense patchwork of vines, copses, hamlets, vines, tracks, towns, streams, and vines. Wine growing tends to be seen as the most benign of agricultural activity, but it is (or can be) intensive mono-culture none-the-less.

The Consorzio of Soave had started collaborating with the World Biodiversity Association (WBA), orginally founded in 2004 by scientists at Museum of Natural History of Verona.  Scientists from the WBA attended our London tasting, and their perspective was fascinating. There is eternal tension between the human drive to thrive and the other forms of life we shape, and rely on. The tendency to view humans as external masters or consumers of the biosphere, rather than as co-dependents within it, sets up an adversarial relationship. A drive for purely “organic” viticulture, for example, will fail to protect biodiversity because many fine and established wine regions cannot build a sustainable economic business on that basis.

Humans need to thrive, and will find ways to do so.

Their point is: the solution has to work for humans, and humans want to live well. The WBA had developed a “Biodiversity Friend” program for the wineries of Soave. The program set up metrics for indicators of biodiversity in Soave’s vineyards, and advised on ways on protect and improve them.

The program offers accreditation, but focuses on the journey, not the certificate. The result has been a much wider in engagement in sustainable, yet still economically viable, viticulture. A new technical board (informally named “Sentinels of Soave”) monitors vineyard and climatic conditions, and advises on treatments and cultivation for optimum quality with minimal environmental impact.

Historic wine regions are some of our world’s most beautiful fruits of human labour, ingenuity, and grateful harnassing of nature. While the UN alerts us to the perils of thoughtless appropriation of fellow life-forms, it celebrates traditional gricultural endeavour as precious cultural heritage. The UN-awarded Globally Important Agricultural Heritage Site (GIAHS), recognises and protects parts of the world where centuries of farming has created distinctive landscapes that sustainably yield produce of elevated character and value.

Soave’s traditional hillside vineyard area is the first wine region to be awarded the GIAHS. Soave joins saffron fields of Kashmir, and wasabi paddies of Japan, in the GIAHS register.

In April 2019, 25 young agricultural specialists were in the vine-clad hills of Soave for a field trip. They are in Italy having been awarded a coveted place on a new Masters program linked to the the UN GIAHS project.  These farming specialists work – in diverse fields from the practical to the political –  in every corner of the world: Lebanon, Ethiopia, Somalia, Senegal, Spain, Myanmar, China, Tunisia, Albania, Iran, Italy, Cuba, Colombia, El salvador, Bolivia, Portugal, Kenya, and Ecuador . Their specialist skills range from traditional drainage systems, to maintaining agricultural resilience through times of conflict.

Professor Mauro Agnoletti, the chair of the GIAHS scientific committee, is guiding the Masters students in their studies. He explained that the aim of the Masters program is to equip the next generation of agricultural managers to protect and enhance these traditional rural landscapes. They combine agricultural heritage with biodiversity and rich ‘biocultural’ value. The ‘biocultural’ heritage protected by the GIAHS program now covers more land than the much more famous UN heritage scheme, UNESCO. He told me that the students were especially inspired by how the thousands of vinegrowers in Soave work as one in maintaining their landscape and the sustainable living that comes from it.

Soave is currently the only wine region to be awarded the GIAHS, but others are following. As Agnoletti says:

“GIAHS helps to express the role of landscape as an added value for wine. It assigns a fundamental role to the features of a “place” (culture, landscape, biodiversity, etc.) to assess  the  value of  a wine. It is not just a matter of soil and variety of grapes…these areas are some of the best examples we have of “biocultural diversity” – the type of biodiversity resulting from the historical interaction between man and nature in the rural landscape.”

Soave is showing how wine could be uniquely placed to lead the vital and ever-more-urgent conversation on how humans can thrive in harmony with our world.

Come to our upcoming #SummerofSoave tastings on the 21st June, and taste many examples of re-born Soave. 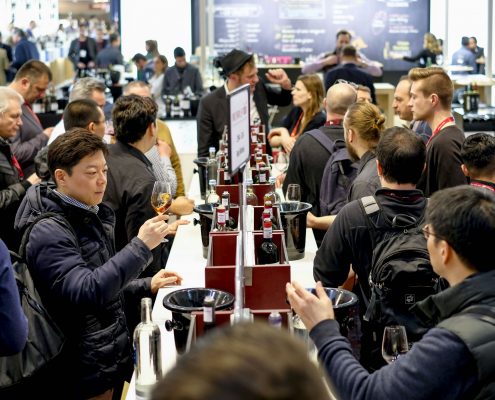 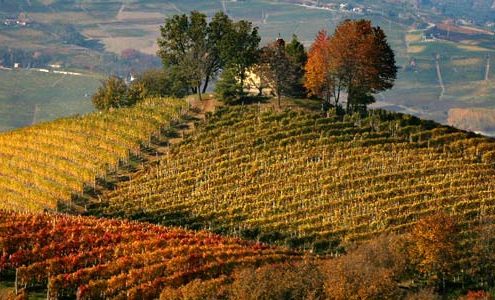