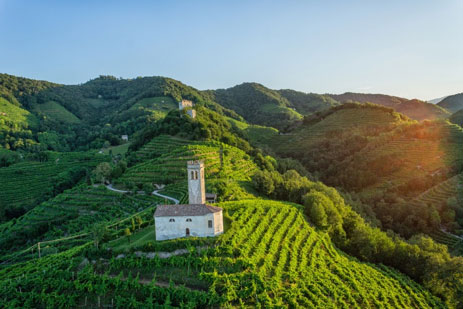 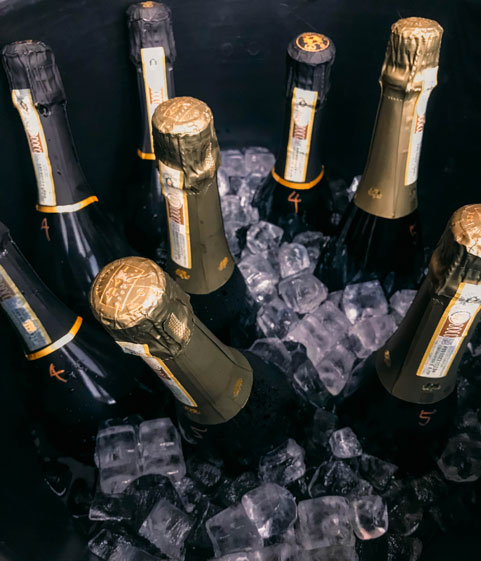 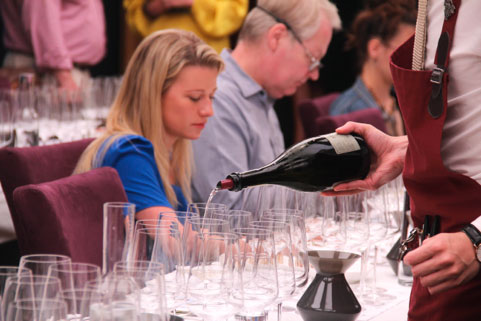 The fully subscribed tutored tastings were held at 67 Pall Mall, a premium, high calibre private members club for wine lovers in London, and Manchester House, a premium restaurant in the city renowned for its wine list, in Manchester.

10 Wines were carefully curated by Sarah Abbott MW to reflect the diversity of the styles of wines available including unusual styles, such as Tranquilo, and bottle-fermented Prosecco.  Wines were paired with food to establish its gastronomic credentials to begin moving away from the image of Prosecco as the cheap, easy drinking wine for women in the UK.

Swirl Wine Group created background information on the DOCG, terroir, producers and detailed notes on each wine, whilst a range of canapés were selected to match with the wines, served in four flights.

We had great feedback and thorough enthusiasm for Prosecco Superiore Conegliano Valdobbiadene DOCG, as well as genuine interest in the wines from both on trade & off trade with a noticeable shift in perception towards Prosecco Superiore DOCG. We also had excellent social media hype and comments including “one of the best tastings of the year.”

We invited a highly targeted group of attendees including, sommeliers from Claridges, Journalists from The Buyer, and representatives from Thorman Hunt and Berry Bros & Rudd, amongst many other influencers and cognoscenti from the wine world.

The event was also published in the Wine Trade Diary and included in an article on Conegliano Valdobbiadene DOCG in The Buyer as well as press coverage below:

Conegliano Valdobbiadene is a small zone in the Veneto nestling between the world-famous splendour of Venice and the austere beauty of the Dolomites. Here, in the Province of Treviso, in the hills that stretch northwest from Conegliano towards Valdobbiadene, man has cultivated for centuries not only the Glera grape variety, but also the culture of winemaking.

In Fact, Italy’s first School of Winemaking, the “Istituto Cerletti”, opened up in Conegliano in 1876; in 1923 the Institute for Viticultural and Oenological Experimentation was founded, also in Conegliano, nad even today the University of Padua has an annexe of its Oenology Faculty there. It is this zone that produces Conegliano Vadobbiadene Prosecco Superiore D.O.C.G., a wine that – still today – can only come from 15 communes: Conegliano, San Vendermiano, Colle Umberto, Vittorio Veneto, Tarzo, Cison di Valmarino, San Pietro die Feletto, Refrontolo, Susegana, Pieve di Soligo, Farra di Soligo, Follina, Miane, Vidor and Valdobbiadene.

Conegliano Valdobbiadene is the dynamic heartland of a much larger area that represents the entire world of Presecco, a varied panorama of natural enviroments and flavours that includes several Denominations: Conegliano Valdobbiadene Prosecco Superiore D.O.C.G., Asolo Prosecco Superiore D.O.C.G. and Prosecco D.O.C.. Alle three Denominations correspond to areas that are very different in terms of size and landscape.

“I thought the wines were by some way the best collection of Proseccos I have ever tasted and showed clearly – something I failed to see much evidence of on my first ever trip there last summer – that there are some very good producers doing exciting things. It was particularly good to see such expressive low dosage wines, when previously my limited experience of these had not been that positive. While these wines were not at all austere. These are the sort of producers I’d like to be visiting and if there’s a trip there in September I would certainly be interested, if the timing works for me.

I thought the first wine, the Credamora Colfondo was particularly interesting and something I’d be pleased to be drinking but I was also surprised to like the sweeter extra dry styles, particularly the last we tried where the winemaker had supplied v little information. Though it’s the drier/very dry styles I thought were particularly successful, quite complex in a subtle way.”

“We really enjoyed the presentation and it was so interesting to taste different styles of Prosecco. We both particularly enjoyed the Credamora Malibran.”

“I thoroughly enjoyed the seminar conducted by Sarah Abbott whose relaxed delivery and imaginative use of language was a refreshing change. In addition to which my eyes were opened to the attractions, subtleties and complexities of the routinely denigrated prosecco”