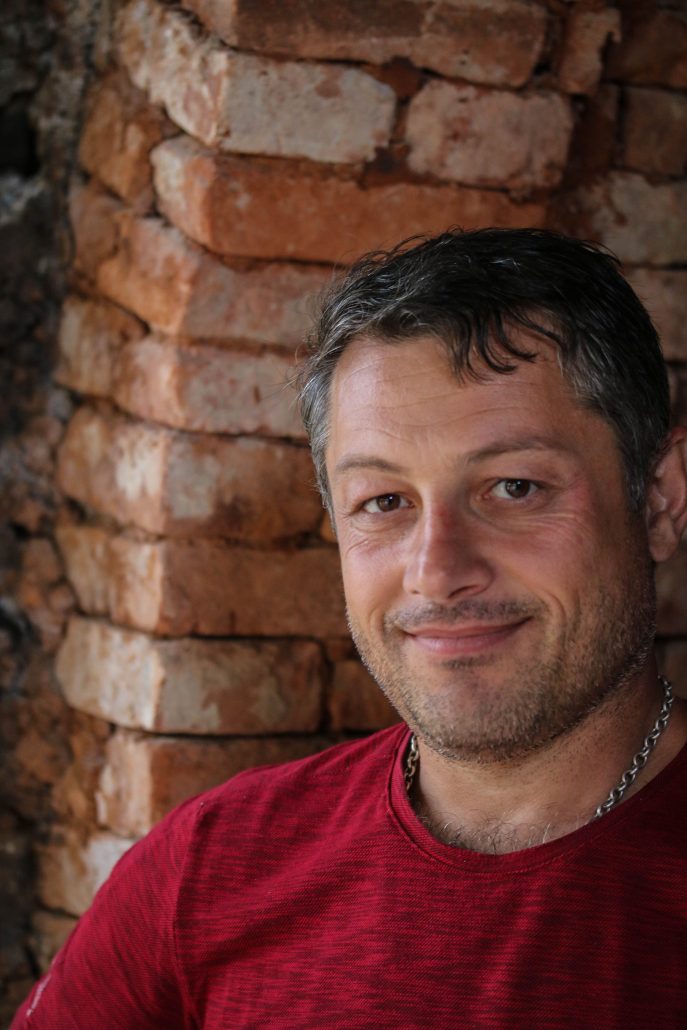 In the Gombori mountains, life is what you make of it.

Summer fades as though it never were, sunk in mist as we climb the hairpin roads through the mountain pass. Beyond steamed windows pass thickets of rosehips; orchards stripped of their cherries, plums, apricots. Wild hops drape the roadside; seed pods skeletal against the white sky. These mountains have a wildness which belies the fact that world-class wines are produced here.

We pause at a coffee house at the highest point in the pass, the path strewn with dew-jewelled wildflowers. The little hut bustles with jocular, black-eyed Georgians, throwing back short paper cups of Turkish-style coffee and stamping their feet in the mud as they smoke. Vast dogs loll beneath the trees, ears and tails docked to prevent wolves from ripping them off. And beside the wood-burning stove we drink herbal tea and eat sweet spiced biscuits.

Tradition is currency in Georgia – a living thing bringing life to snow-shrouded villages. In the West, we speak so much of minimising waste, recycling: here, it is instinctual. Cyclical interconnectivity is natural rather than contrived.

Along the road, we pass an old man selling pots of homemade pine honey. His sign shouts lurid out of the mist, as busy as the bees are here. They are a vital piece of the qvevri jigsaw: while their honey feeds tourists, their antiseptic wax is used to line the great clay pots which are innately associated with Georgian wine.

We are on our way to the qvevri maker.

During Soviet occupation, an era of homogenisation in the fledgling Georgian wine industry, the qvevri tradition was only kept alive by the remoteness of villages like this one. The finger of government doesn’t penetrate these mountain gardens where the qvervi lay buried, or workshops like the one we trip into over disturbed cobbles and soupy mud.

Zaza Kbilashvili is a fourth generation qvevri maker – his family one of only eight in Georgia specialising in the production of these unique winemaking vessels. In his low workshop, half-made qvervi have the earthy reek of fresh clay, the cool malleability of living things. Every two days, he adds another layer of clay, manipulating old and new together with his fingers until the three thousand litre vessels are ready to be rolled out to the oven – all it requires is the removal of the workshop wall.

Outside, in a sodden field broaching the forest, we see the part-finished article. The vast pots rest like relics strewn from the mouth of the oven, dusted with the mizzle and a coarse sand glaze. For Georgians, qvervi is as evocative as terroir to the French: with every material pulled from the land around them, the creation of the wine within controlled by the earth it’s buried in. X enjoys the ritual of this production, pulling all of his materials from the space around his property. The clay from the forest with rudimentary diggers; sand from a neighbour’s plot; wax from local beekeepers; wood and brick for the oven sourced on their own land. It’s a unique way of translating the environment into the finished wine – as unique as the evocative amber wines the qvervi produce. 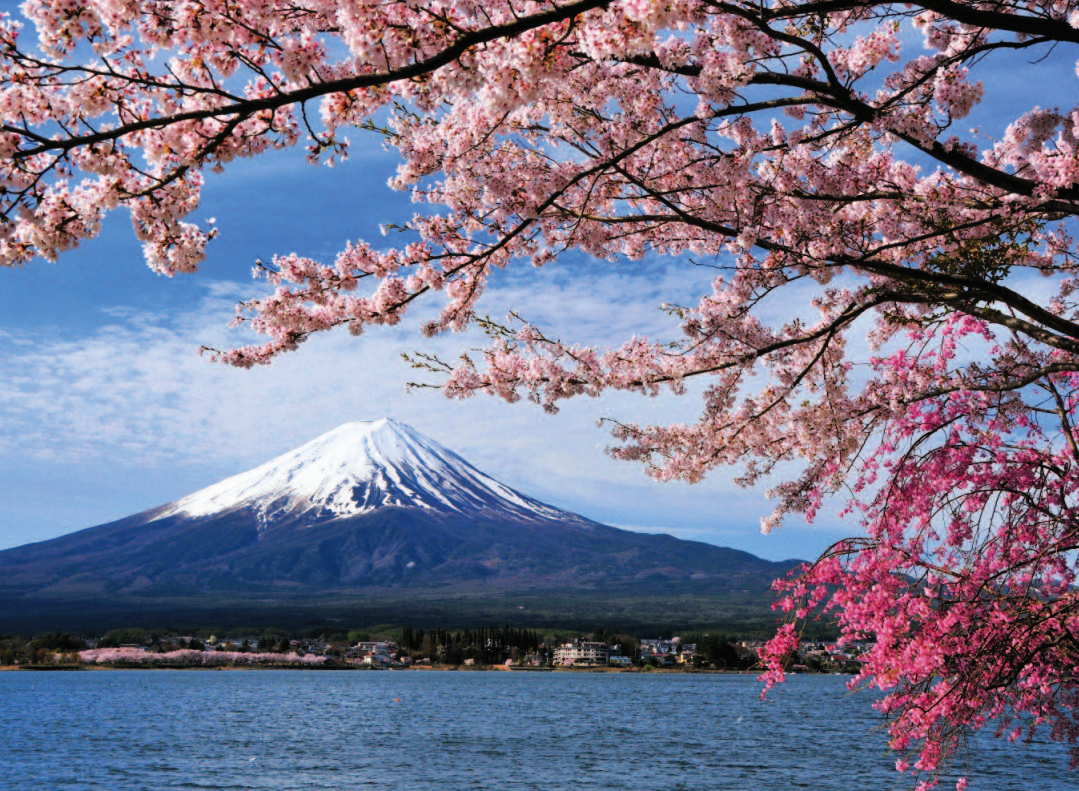 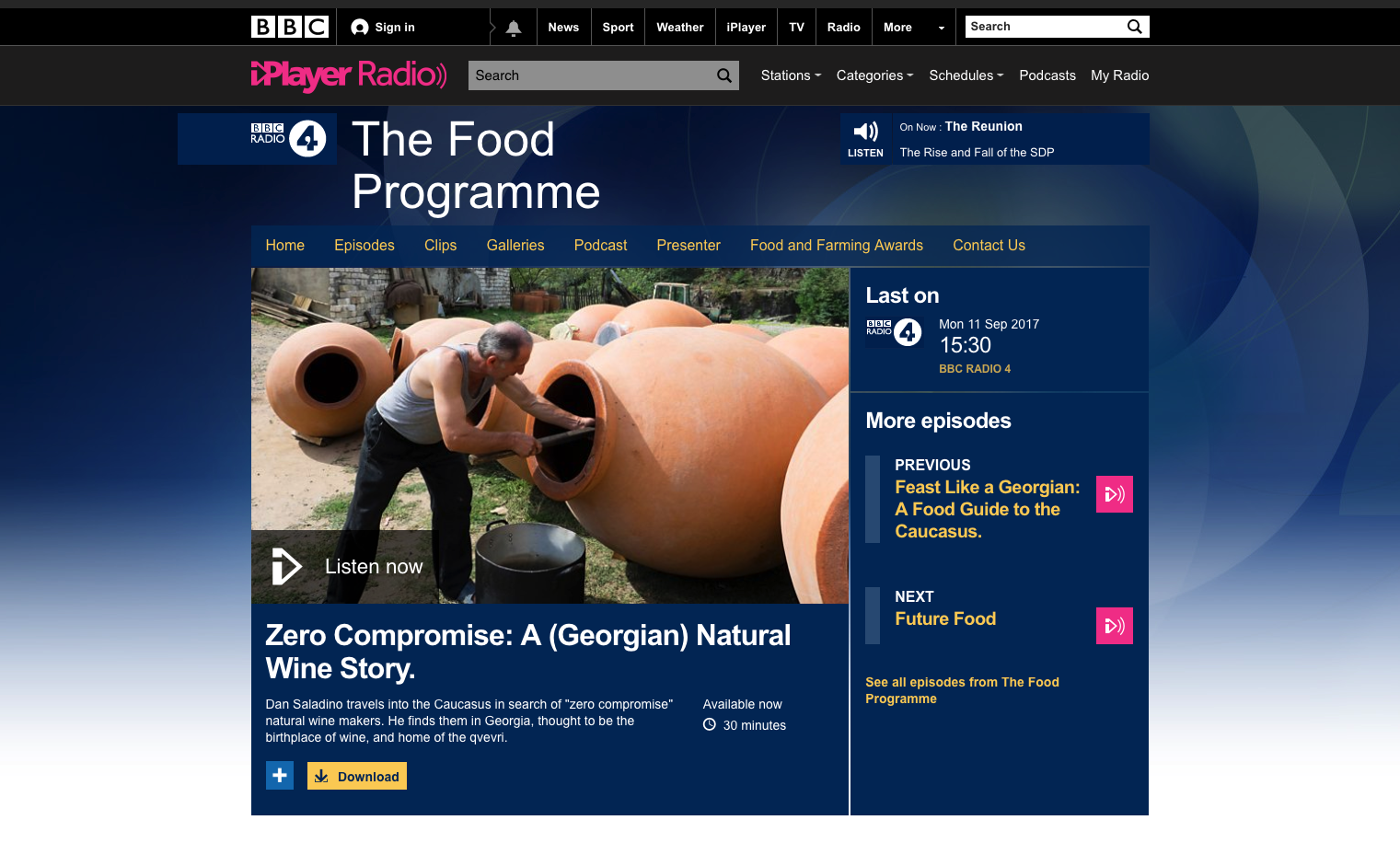